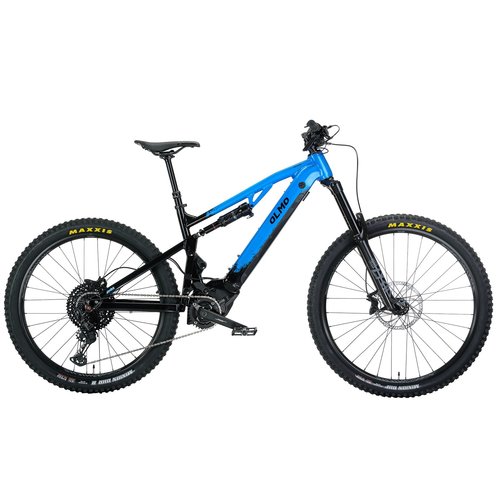 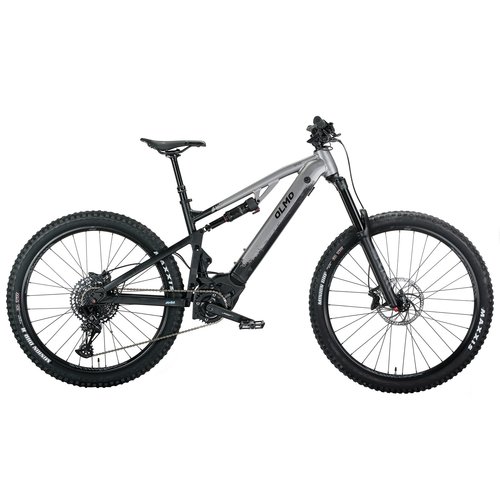 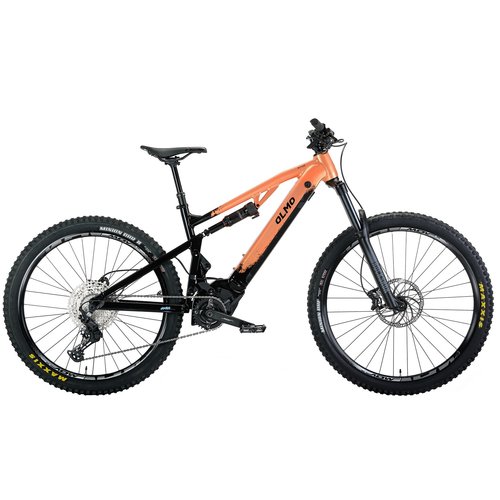 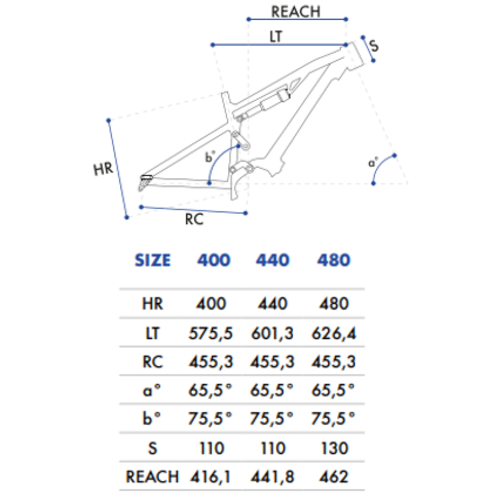 For an overall better integration of the frame with the drive unit, the suspension system develops a main pivot of the lower link integrated with one of the engine supports.
The motor unit becomes a structural part of the rear suspensions, allowing not only to have more space for the rear swingarm, but also to have a lighter and considerably stiffer frame. This allows a better positioning of the instant rotation center (I.C.), calibrating the behavior of the suspension also taking in account the additional thrust of the motor. The anti-squat curve starting point guarantees an excellent pedaling behavior. The other pivotal suspension points are equipped with 15mm axles and Enduro Bearings.
The system has a progressive compression curve with a range from 2.9 to 2.3, allowing a perfect assembly of both air or coil spring shocks. The anti-rise curve remains under 100% from Sag position to full travel, for a neutral effect on brake forces. The rear shock is assembled in parallel right under the top tube supporting both frame compactness and standover quote, creating also space for bottle cage assembling.
Cables and wires getting inside the head set and passingthrough the frame give E-Kolt a rather tidy and smart look.
E.Kolt pedal assistance is powered by Polini Ep3+MX system, with a 90Nm motor and a 720Wh/20,8Ah (LG cells 21700) battery to cover anxiety-free long distances. A last-generation motor with the “+” sign (PLUS) to show all the innovations compared to the precedent one, and to underline the never-ending analysis, study and commitment in designing it, always looking for better performances. Light, powerful and compact, Polini motor has one of the most reduced lateral volume in its category.
The lithium-ion battery is integrated into the frame, giving the bike a captivating look. The drawn alloy down tube is specifically designed to reduce the visual impact; it is perfectly integrated with the motor case, featuring also a security system for the battery fixing.